A logistical challenge: Presenting Austrian specialties at the Figure Skating Championships in Minsk!

As next year’s host city, Graz hoped to score with the crowd at the European Figure Skating Championships in Minsk by offering authentic Styrian specialties. But, considering the numerous customs-related hurdles and sanction-related difficulties, the task was anything but simple.

From the 21st to the 27th of January 2019, the Figure Skating Championships took place in the Belarusian capital of Minsk. Graz, Austria will host the next European Championships in 2020 and naturally wanted to present itself in the best light possible at this year’s championships. Thanks to the superb quality of Austrian culinary specialties, they chose to offer regional Styrian chocolate, wine, speck, pumpkin seed oil and other such delicacies for this very purpose. However, that such an undertaking would prove to be complex was not immediately obvious. That is why the Austrian Ice-Skating Association decided to order the delivery on very short notice and wish that it be cost-effective as well.

But the challenges were, indeed, manifold:

As such, the entire order had to be split up into three partial deliveries – and that in a very short time – and then re-grouped in Minsk, where it made it just in time thanks to being granted permission to directly deliver to the stadium!

Cost-effective and quick delivery of Styrian specialty goods to the European Ice-Skating Championships in Minsk for Graz’s presentation as upcoming host in 2020.

Timely delivery to the stadium, despite multiple hurdles due to varying requirements for customs clearance as well as sanctions for foodstuffs.

Division of the goods into three partial deliveries, different transport routes, separate customs clearance and consolidation in Minsk for pre-approved delivery in the Stadium. 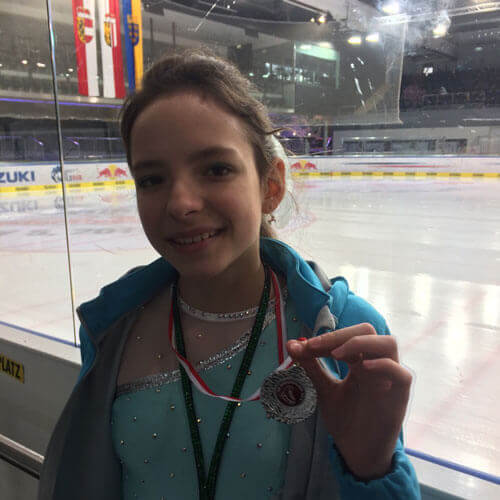 This website uses cookies to ensure you get the best experience on our website. If you continue to use this site we will assume that you are happy with it.
×